Brief Facts of Case: Client A (Petitioner) filed for her siblings (3 brothers and sisters) in around 1995 under family F4 category petition. While the petition was being processed, the INS (Immigration Nationality Services) now known as the USCIS, send three requests for evidence (RFEs) on the cases. Unfortunately for Petitioner A, her husband suffered a stroke and was admitted to the hospital. The RFEs were due (deadlines to be passed) and because of the tragedy, she failed to respond to the RFEs. Note that failure to answer a RFE usually results in the denial of the case. In fact the cases were denied. The client desperate ended up by contacting an agency which pretended to be a law firm. The ‘agency’ recommended filing new I-130 petitions. She actually agreed. She did file the new Form I-130 petitions. However, such a petition will take years and many of the children of the siblings would not even be included in such petitions. One day, one of her friends mentioned our law firm. She came to see us.

Approach: After a full consultation, Shah Peerally concluded that she might have a good case for several Motions to Reopen, on the previous form I-130 relative petitions. Shah also realized that she was duped by a ‘fake’ law firm in San Jose. Shah Peerally Law Group PC went ahead and prepared several good motions to reopen on the cases explaining the extraordinary circumstances surrounding the client’s cases.

Results: Eight month after filing the petition, the motions (MTRs) was granted. During this time, several children were born. When the case was started, there were only 10 members in the group. By the time, the cases were won and be processed by the National Visa Center (NVC), the group reached 19 members. Since they were all included in the petition and were beneficiaries, they all came to the United States as permanent residents.

Our Experience: The two things which are important to note in this case is 1) even if a case is denied, you should not give up and try to either appeal/re-open the case or file a new case and 2) do not trust a non-lawyer in any immigration matter. Always hire a licensed attorney to help even with a small case.

For more information on Motion to Reopen visit www.peerallylaw.com, email us [email protected] or call us at 510 742 5887. 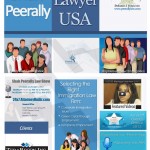