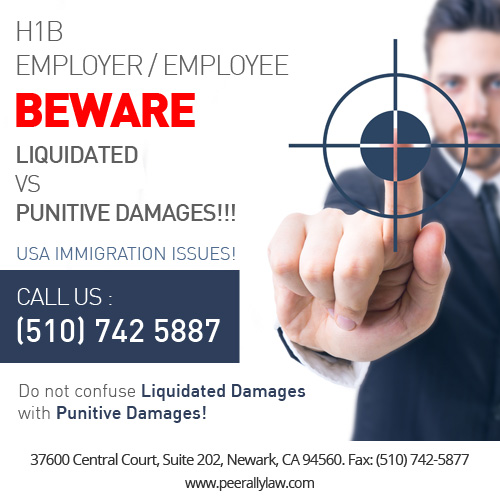 What is a Liquidated Damages Clause

Many (if not most) contracts, including those between an employee and their employer, contain a liquidated damages clause. Such a clause stipulates what the penalty will be in the event that a party breaches the contract. Because, however, breach of contract is not a crime and in many instances is, in fact, encouraged, liquidated damages clauses may only compensate the non-breaching party, and may not impose penalties for the breach. Indeed, the Restatement (Second) of Contracts states: “Damages for breach by either party may be liquidated in the agreement but only at an amount that is reasonable in the light of the anticipated or actual loss caused by the breach and the difficulties of proof of loss. A term fixing unreasonably large liquidated damages is unenforceable on grounds of public policy as a penalty.” Thus, the two key principals of liquidated damages clauses are that they seek only to compensate the non-breaching party to a contract, and that the compensation afforded by the clause must be reasonable when measured against the actual or anticipated loss resulting from the breach. This remains true in the case of employee-employer contracts.

In the case of employee-employer contracts involving H-1B employees, such liquidated damages clauses are even further restricted. This is due to the fact that H-1B employees may not have penalties imposed on them for leaving their sponsoring employer. Thus, immigration law imposes the further limitation that H-1B employees cannot be held liable to their employers for the employer’s normal business expenses, in the event that the employee leaves the sponsoring employer. Liquidated damages clauses seeking recovery for such expenses are not only unenforceable but may carry significant penalties and punishment from the U.S. Department of Labor, including penalty fines of up to $1,000 for each violation – even if there is only attempted (that is, unsuccessful) enforcement of such a prohibited clause – and a company-wide investigation. (See 8 U.S.C. §1182(n)(2)(C)(vi)).

Moreover, the law prohibits H-1B employers from attempting to recover their business expenses or other damages through wage deductions, except in very limited circumstances. The Department of Labor permits deductions from H-1B employees only when expressly authorized by the employee and where the deductions are made for the employee’s benefit.

Such deductions from an H-1B employee’s wages can be made only if all the following requirements are satisfied: The employee gives a voluntary, written authorization (note that merely signing a contract with such a clause as a standard feature does not constitute voluntary authorization); the deduction is made for the benefit of the employee; the deduction is not an attempt to recover the employer’s business expense (e.g. the cost of obtaining an H-1b visa); the deduction may only be for the fair market value (or the actual cost) of the benefit to the employee; and, the deducted amount must not be a penalty. Thus, there can be no deductions without the H-1B employee’s written, voluntary consent. (See 20 C.F.R. §655.731(c)(10)).

To obtain an H-1b visa can be an expensive process. There are substantial costs with preparing the necessary LCA and visa petition. Additionally, there are the costs of hiring and training a new employee. These costs, however, can amount to only a fraction of what it may cost if an H-1B employer attempts to enforce a prohibited liquidated damages clause. Remember, H-1B employees cannot be penalized for ending the employment relationship with their employer, nor can they be made to pay for the employer’s normal business expenses, including the cost of obtaining the visa. “It is the employer who files for the H-1B petitions and attests that he will comply with the responsibilities under the INA, not the employee. Hence, “[i]t is a reasonable interpretation of the statute to impose costs on the employer, not the employee.” Kutty v. U.S. Dep’t of Labor Even an unproven complaint by an H-1B employee against their employer may result in a lengthy and extremely expensive investigation. Therefore, if you are an H-1B employer, it is highly advisable to consult an attorney before including any liquidated damages clauses in your employment contracts.

If you are an H-1b employee, beware of any such clauses in your employment contract. Remember, you are free to leave your job and cannot be penalized for doing so. If you feel you are being taken advantage of by unlawful employment contracts, it is highly advisable to consult an attorney.