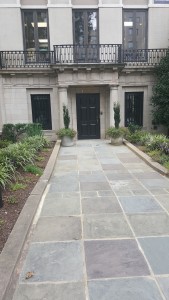 Washington DC October 6 2016 – By popular demand the Shah Peerally Law Group PC has launched its Washington DC office three months ahead of schedule. The office – located at 1020 16th Street NW – is stationed in the heart of Washington DC two blocks away from the White House and in the vicinity of the United States’ most important institutions including the headquarters of the United States Customs and Immigration Service (USCIS).

The office will provide legal services focusing on employment and investment based immigration law and will engage in advocacy with the aim of expansion of employment based Immigration to the United States and ending US government’s discriminatory practices in its dealing with among others Indian, Arab and Chinese nationals. The office houses Attorney Sharif S. Silmi and will include support staff and other important legal positions.

What is SPLG all about?
Shah Peerally is a very well known lawyer in California as one of the lawyers who have advocated for the rights of the TVU students, H4 Visa holders, UNNJ students, and his work has appeared on major networks and publications including Times Now, NDTV, CNN Money, LawFuel, San Jose Mercury News, and other reputed news channels. Shah Peerally has also been hosting the Shah Peerally Law Show (AttorneyOnAir) twice a week on KLOK 1170 AM radio since 2010, giving legal educational information that reaches tens of thousands all over the San Francisco Bay Area and California.

Why is it important for SPLG to have a presence in Washington, DC?
The proximity to the important government institutions and Courts in Washington DC will provide SPLG’s global client base with unfettered access to direct engagement of aggressive and sophisticated advocacy to produce the results SPLG clients demand. Additionally, the Washington DC metro area is one of the great hubs of American life and by extension the immigrant experience. The Washington metro area houses great technology companies and attracts immigrants from all over the world.