What is an EB4 Visa and Who Qualifies?

An EB4 is an immigrant visas reserved for foreign workers immigrating to the US to perform duties of a religious worker. Applicants must prove that: 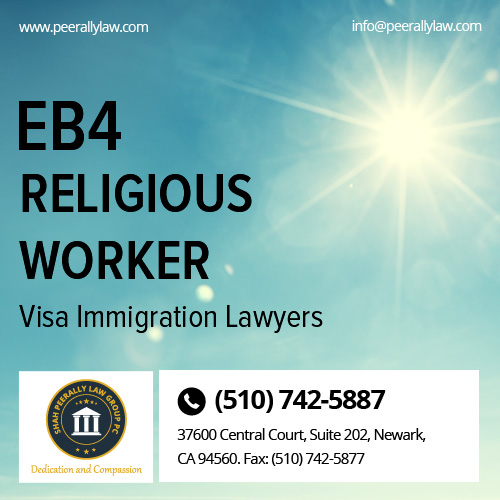 A “minister,” is defined as a person authorized by a denomination to perform religious worship. An authorizing official of the denomination in the US must declare the worker’s qualifications.

When can I Obtain an EB4 Visa?

Unlike other employment based categories, the quota for EB4 class petitions generally is never met, therefore, a visa or change of status to EB4 can be obtained as soon as the petition is approved. EB4 cases do not require any test of the US job market either. The process can be completed in a matter of months.

What are the Advantages and Limitations of an EB4?

An advantage of the EB4 over the other EB petitions is that labor certification is required. As previously mentioned, the process for obtaining EB4 status is much faster than other employment based green card petitions.
While this category used to be open to a wider variety of religious workers, it has unfortunately been reduced only to those working as ministers. Therefore, not all those in R-1 status may be eligible to adjust status under EB4.

What is the Attorney’s Role in an EB4 Petition?

Establishing eligibility for EB4 visas can be a challenge. Even in cases where a petition includes the necessary documents, they must be presented in a logically organized format so that the immigration officer reviewing the case is lead to make a favorable decision, particularly when the denomination is not very mainstream. Knowledge of what the immigration service or department of state expects to receive from the petitioner is essential to success.

To discuss EB4 visa petitions and other alternatives with an experienced immigration lawyer from the Shah Peerally Law Group, feel free to contact us by email or call us at 510-742-5887.

“The USCIS rejected my application form 1-360 for Religious worker visa after they had initially approved the 1485. I appealed the decission and was refused by the Board of Appeals. I decided to make a fresh application and then find Law firm through the internent. He handled all the procedures from the begining. The sfaff appointed for the case was very thorough and she handled the process effeciently and very effective. They were very professional and always personally available thougout the period of the case. They dealt with the Notice of Intention to deny (NOID) timely and effectively. The petition has now been approved within one year. I will like to express my gratitude to Mr and his staff and will I recommend their service to any one who may need to them. Thank you -Abraham O.“