What is a TN Visa and Who Qualifies?

TN stands for “Trade NAFTA.” A TN visa allows Canadian and Mexican citizens to work in the Unites States in certain professional occupations. Eligibility is met when i) the job offered is one of the professional occupations listed in NAFTA Chapter 16, Annex 103, Appendix 1602.d.1, ii) that the job is “temporary,” and ii) the worker meets the educational and/or licensing requirements for the job. 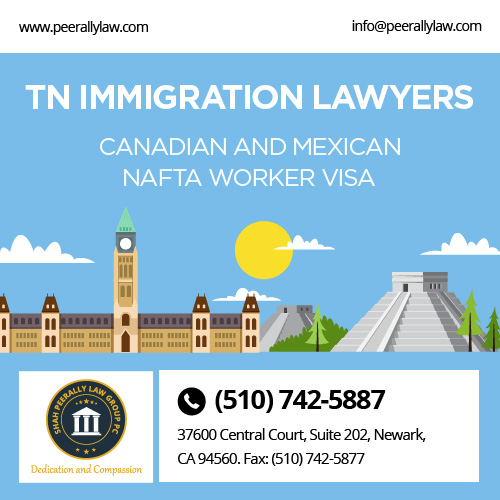 “Temporary” means that the job has a reasonable, finite end that does not equate to permanent residence. In order to establish that the alien’s entry will be temporary, the worker must demonstrate to the satisfaction of the inspecting immigration officer (whether it’s a CBP officer at a border post or an immigration officer from USCIS) that the work assignment in the United States will end at a predictable time and that the worker will depart upon completion of the assignment.

Finally, the educational requirements are established in Appendix 1602.d.1 for each respective occupation. Most occupations require a bachelor’s degree or a post-secondary diploma with 3 years of experience. Degrees, diplomas, or certificates received from an educational institution outside the United States, Canada, or Mexico must also be accompanied by an evaluation by a reliable credential evaluation service specializing in evaluating foreign documentation.

When can I Obtain a TN Visa?

Unlike H-1B visas, there is no quota on the number of TN visas which may be issued every year, therefore it can be obtained any time of the year. Premium processing, in which the petition will be processed within 15 calendar days, is also available. Canadian applicants may apply directly at a border post, and get their TN visa immediately. Mexicans would have to apply at a consular post, but they may renew at border posts.

What are the Advantages and Limitations of a TN?

An advantage of the TN visa is that it may be renewed indefinitely in 3 year increments, although it is important to express that the job will end at a finite period. Also, as previously mentioned, TN visas are available year-round.

A notable limitation of TN is that it is not a “dual intent” visa, which means that it would be difficult (though not impossible) to obtain one or get any extensions if an immigrant visa petition is pending. This makes it a less than ideal stepping stone to a green card, but since TN is granted for up to 3 years, an EB-1 or EB-2 level petition might be workable. Another limitation is that your dependents, which would be in the US on TD status, are unable to obtain work authorization.

What is the Attorney’s Role in a TN Petition?

TN is not the most difficult visa to apply for and document, however, an attorney will be able to quickly and effectively write a TN job letter that should be convincing to even to most skeptical immigration officer that the job is temporary and legitimate. In cases that are to be filed with USCIS, an attorney can counteract any misapplications law that may occur. Also, the work product of the attorney is also reusable when the TN worker applies for future extensions (simply change the dates of employment on the updated TN job letter). In other words, it’s advisable to have an attorney make sure all the documentation for the particular occupation is in order so that the application is done right the first time, thereby allowing the TN holder to do it right on their own in the future.

To discuss TN visa petitions and other alternatives with an experienced immigration lawyer from the Shah Peerally Law Group, feel free to contact us by email or call us at 510-742-5887.

“I found Shah on the internet looking for an immigration lawyer around the bay area. I had some “bad” experience with a previous lawyer that was more expensive (they handle immigration for large internet companies) and was not responsive to a smaller company (we’re a startup). I gave Shah an H1B visa to start our relation. How surprised was I when we got it approved the first time around. (The same case was not approved with the previous lawyer. Immigration requested more docs).

I gave him another visa for one of our canadian recruit (TN). Once again, top service. I then asked him to file an E2 visa for me. Perfect service and of course, accepted the first tiime around. No additional docs requested from the consulate. -Saad L.“