What is an O-1 Visa and Who Qualifies? 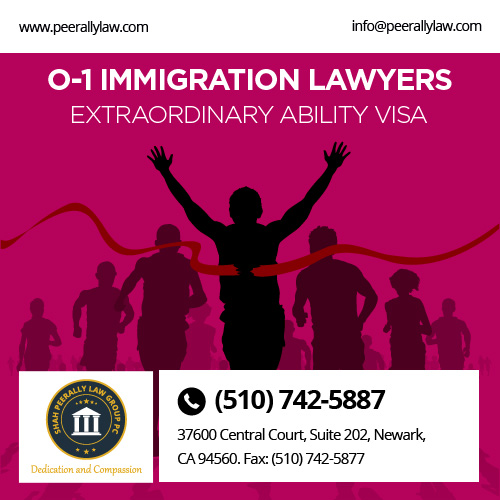 Extraordinary ability in an O-1A petition is proven by demonstrating “sustained national or international acclaim.” Sustained national or international acclaim is a matter of meeting defining criteria set by US immigration law. In general, the documentation is to establish that the worker’s expertise places them among the best in their field of endeavor.

When can I Obtain an O-1 Visa?

Unlike H-1B visas, there is no quota on the number of O-1 visas which may be issued every year, therefore it can be obtained any time of the year. Premium processing, in which the petition will be processed within 15 calendar days, is also available.

What are the Advantages and Limitations of an O-1?

An advantage of the O-1 visa is that it may be renewed indefinitely, for as long as the worker is needed. O-1 is also considered a “dual intent” visa, meaning that you may have immigrant visa petitions (green card) pending, and still have no problem in applying for O-1 extensions. Also, as previously mentioned, O-1 visas are available year-round.

Additionally, O-1 status may also be considered a path to a green card since the criteria are similar to EB-1A Aliens of Extraordinary Ability self-petitions. EB-1 is the fastest route to a green card in employment based immigration petitions. A limitation of O-1 is that your dependents, which would be in the US on O-3 status, are unable to obtain work authorization.

What is the Attorney’s Role in an O-1 Petition?

Documenting extraordinary ability requires meeting precise criteria with proper documentation which a skilled attorney is able to evaluate. Furthermore, if an improper or less than ideal written consultation is provided, the processing of the petition may be delayed or denied. Employers seeking to bring in the best and the brightest can’t afford any delays, and would be best served if a competent professional took care of the O-1 petition.

To discuss O-1 visa petitions and other alternatives with an experienced immigration lawyer from the Shah Peerally Law Group, feel free to contact us by emailor call us at 510-742-5887.