Shah Peerally is a Newark California based attorney practicing immigration law. Shah has seen tremendous growth in his career beginning with humble beginnings to becoming one of the most sought after attorney’s in Bay area. More than his professional qualifications, what distinguishes him from other lawyers in this field is his genuine compassion for people and his ability to cut across barriers and make them feel that there is hope for them.

Shah has constantly fought for the rights of immigrants and has tried to help them in various ways possible, whether it is through free legal clinics in churches, mosques or temples or talking to people through his law show on radio. Moreover his background as an immigrant himself makes him identify with the likes of others in similar position as he had been.

Shah thinks he is best defined as ‘street smart’ and has learnt more on the job than from any course. His genuine concern shows in the way he interacts with people and this has earned him not only respect but love from the immigrant community. In an attempt to educate people and make them aware of their rights and give them a sense of identification, Shah has invested in the Shah films which makes socially conscious films that talk of the problems of immigrants and also provides them solutions to a certain extent.
His dedication and passion for his work have been recognized on various podiums and Avvo, the national attorney rating service has rated him as 10/10 which is their highest rating level reserved for the best attorneys.

Shah Peerally, was born on in Mauritius, and attended the Royal College of Curepipe in Mauritius. Having worked with different corporations in Mauritius, Shah then moved to the United States where he and obtained his Juris Doctorate degree from New College School of Law, in San Francisco, California. He subsequently gained admission to the California State Bar too. Over the next few years, he began building his base in the legal fraternity by working in avenues such as litigation and business law for well known law firm of McNichols Randick O’Dea & Tooliatos LLP, in Pleasanton, California.

At a later stage, Shah joined the Law Offices of Virender Goswami as a supervising attorney in business and employment immigration. He was also appointed as attorney of counsel for the Immigration law offices of Minter and Ahmad in Fremont, California. Throughout the journey, Shah nursed the ambition of having his own law firm and in 2005; he founded the Law Offices of Shah Peerally. Today he is the founder and managing attorney of Shah Peerally Law Group PC, a professional corporation and under his capability the firm has seen the highest pinnacles of success.

Shah’s activities have been geared towards helping people in spreading of awareness regarding Immigration laws and their capabilities and use as far as immigrants are concerned. For this role of his in society, he has often been a part of the expert legal analysts for many TV networks such as NDTV, Times Now and Sitarree TV. In collaboration with this there has been coverage about his work in newspapers such as San Jose Mercury News, Oakland Tribune, US Fiji Times, Mauritius Le Quotidien, Movers & Shakers and other prominent international media both print and online.

For his passionate and dedicated work, towards conducting immigration related workshops Shah has been commended by House Majority Leader Nancy Pelosi and Congresswoman Barbara Lee too. Shah has been a prominent activist for various immigrant communities and has always fought for their rights in whatever capacities that he could. Also he has been a regular participant in lectures and free legal clinics across the nation.

In what is an extremely rewarding acknowledgement for his work, Shah has been selected as a rising star of Northern California by Superlawyers.com. Added to this, 2013 has seen Shah been bestowed with the honor of being selected as one of the ‘Young Outstanding Lawyers of Northern California’. This is a reflection of not only of his own caliber but that of his entire firm. In fact the attorneys of the Shah Peerally law group have been featured as legal experts on major international TV networks such as NDTV and Times Now for guiding immigrants during major immigration crisis over the years.

The most interesting part about Shah Peerally’s career has been his diversification into different platforms that raise the issues of immigration. Now with his own film production house, he makes films that will be an eye opener to the masses on issues that have been particularly troublesome for the immigrants. These films are an extension of his voice and concern as a lawyer determined to get justice for the immigrants to the US and to fight for their cause while also propagating for better immigration reforms. And in that Mr.Peerally’s work is extremely futuristic and aimed at a basic promotion of the interests of all sorts of voices across the globe. 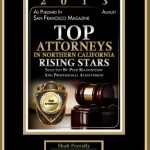 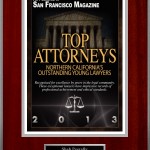