The Department of Labor planning to exercise authority to certify the U Visa.

The Department of Labor (DOL) certifying U visas 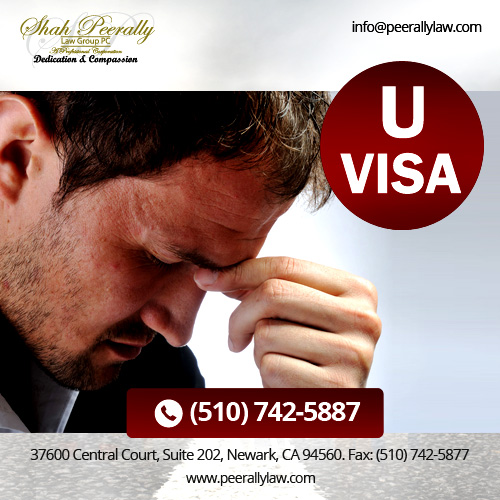 In April 2015, the DOL announced that they will now exercise their authority to certify certain U visas. It is actually amazing news for workers who are actually victims of abusive employers under the H1B, L, H2A, H2B and other working visas. It will also apply for nannies, sex workers and similar workers who are brought to the United States and abused by their employers. Formerly only the police, the District Attorney, FBI or similar authorities will be the only one signing on the U visa certification. With this move, the government is now including the DOL in the group. In turn this will widely expand those who are eligible to obtain a U visa.

What is a U visa and who qualifies?

How the DOL wants to certify new U visas.

U.S. Secretary of Labor Thomas E. Perez announced in April 2015 (see press release) that the labor department’s Wage and Hour Division will begin to exercise its authority to certify applications for trafficking victims seeking “T” visas. The division will also certify “U” visa requests when it detects three additional qualifying criminal activities in the course of its workplace investigations: extortion, forced labor, and fraud in foreign labor contracting. The announcement was made at a roundtable on new American integration in Seattle hosted by OneAmerica.

“The Labor Department is taking important steps to provide more support for workers who have been exploited significantly because of their immigrant status,” said Perez. “These actions will protect workers, and help law enforcement protect our communities and public safety.”

These efforts build on the work the department began 2011, when it started to certify U visa applications for victims of five qualifying crimes found in its workplace investigations: involuntary servitude, peonage, trafficking, obstruction of justice and witness tampering. By expanding its U visa certifications to include extortion, forced labor, and fraud in foreign labor contracting and by completing T visa certifications, the department is providing additional support to workers it believes are victims of the relevant crimes and are willing to cooperate with law enforcement.

Based on this press release, we can only conclude that employers who employ foreign workers without complying with the labor conditions or who refuse to pay or bench their employees with no pay might actually see the same employee be handed a U visa.

As you know benching and mistreating foreign employees is often penalized by the Department of Labor. Now such penalties might actually be a blessing in disguise for the H or L visa holders who are victims of such crimes.

Many people tend to bring nanny’s to the United States to work at their homes as maid and often underpay these individuals. Now it seems, in case they complain to the Department of Labor and the DOL agrees with them, they might actually qualify for a U visa.

Agricultural workers who are abused

Many agricultural workers are undocumented and underpaid. They work under harsh conditions and are often mistreated by the farm owners. If the workers complain and found to be victims of fraud or are considered “forced labor”, they might be eligible for the U visas.

Unfortunately many foreign nationals who are originally brought as massage therapists end up as ‘sex workers’. They will also qualify under the U visa.

Allowing the DOL to certify a U visa is a very good move by the United States government since it will protect employees and abuses by many companies. It will also ease the ability for immigration practitioners to deal with another authority to obtain a U certification.

The Shah Peerally law group which advocates for human and immigrant rights, welcomes this change and invites all those who are genuinely being abused by their employers to adequately file a complain with the DOL and contact us if they need help with their U – Visas and other immigration needs. Feel free to call (510) 742 5887 or email [email protected] for any assistance.