Brief Case Facts: Petitioner, who was a male victim of abuse during his marriage, sought to file an I-360 VAWA self-petition as a victim of abuse during the course of his marriage. The petitioner initially married the abusive spouse a few days before his previous marriage was officially terminated as per the laws the country where he was previously married. Petitioner and the abusive spouse did, however, “remarry” years later, and the abuse continued, though it wasn’t apparently “extreme” on the surface. Much of the qualifying abuse took place during the time before the time he remarried the abusive spouse. USCIS issued a request for evidence, claiming that, although the abuse that took place before the time he remarried the abuser would meet the standards of VAWA, the documented abuse that took place after the marriage was officially entered into was not sufficient to have the VAWA petition approved.

Our Approach: Counsel asserted two factors to defend the Petitioner’s case. The first factor was that the Petitioner initially entered into the marriage in good faith, and although it was initially technically invalid on account of bigamy, it was not known to Petitioner, since the dissolution of the marriage to the previous spouse was submitted to the foreign court before he married the abusive spouse. The Petitioner relied on that date, which he honestly believed was the date of dissolution. The other factor that counsel asserted was that, even if USCIS only considers abuse that took place after the Petitioner finally did properly marry the abuser, the abuse does qualify the Petitioner under VAWA since he was already in a very sensitive state at the time. This was proven by a letter from a physician and his anti-depressant prescriptions. Affidavits from the Petitioner and a witness were also submitted.

Our Experience: Counsel is of the opinion that the argument made about the fact that applicant was not fully aware that his previous marriage was not terminated at the time of remarriage, although somewhat well-reasoned, was not what persuaded USCIS to approve the petition. What likely lead to success in this case was the argument that the Petitioner was already in a sensitive state based on abuse prior to the time the marriage was properly established. This shows that USCIS will (and should) consider a VAWA Petitioner’s experiences prior to the marriage, not so much to count it as qualifying abuse, but to at least take into consideration any preexisting sensitivity that a VAWA Petitioner may have at the time of entering the marriage. 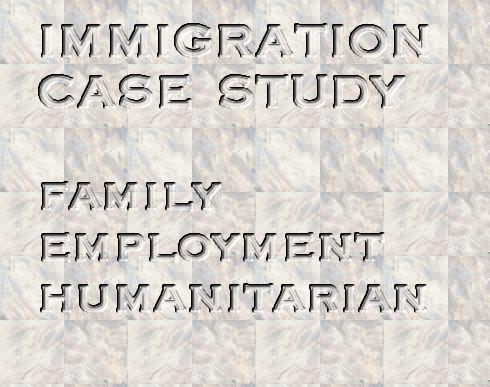