(A fiction inspired by true stories. Any resemblance with a living or dead person or situation is purely coincidental)

The Book “The Immigration Lawyer-Asylum’
Shah Peerally’s new novel, The Immigration Lawyer Asylum has something for everyone; there is romance, suspense, comedy and drama. The story is inspired by a true story and is about a man from Iraq who is a suspected terrorist and wrongfully held by the FBI in the United States. The story is centered on the immigration lawyer who handles the case and describes the entire immigration process to obtain the refugees’ freedom. The story goes in great depth on filing immigration petitions such as asylum and marriage petitions. If you’re a reader who wants to curl up with a book about immigration matters as well as human rights then go ahead and visit Amazon.com to purchase your own copy today.

Excerpt from the Book “The Immigration Lawyer: Asylum”

Rightful liberty is unobstructed action according to our will within limits drawn around us by the equal rights of others. I do not add ‘within the limits of the law’ because law is often but the tyrant’s will, and always so when it violates the rights of the individual.

In the aftermath of the September 11, 2001 terrorist attacks, hundreds of individuals were arrested without being charged. While most of those arrested were never convicted of terrorism, their greatest vulnerability had been targeted—their status as immigrants, individuals with the vulnerable tag of being outsiders. The defunct Immigration and Naturalization Services were absorbed into one unit named the Department of Homeland Security. Under the Patriot Act and the Real ID Act, the immigrant community was forced to live in fear. Many were deported or disappeared. In this time of darkness, emerged a group of civil rights lawyers, guerrilla lawyers. These lawyers believed in the United States Constitution and were determined to fight for justice. Their faith and allegiance were often questioned, yet none of them gave up. Among this group was a less applauded group, which consisted of those faced with the actual challenge, the implementation of the immigration law and new challenges namely being considered guilty until proven innocent. These were the immigration lawyers. They fought for equal access to justice, which should never be decided by skin color, religion, or nationality. This is the story of some of those lawyers and their fight that helped others gain the courage to raise their voices against injustice. 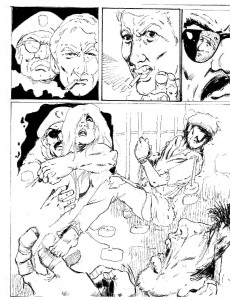 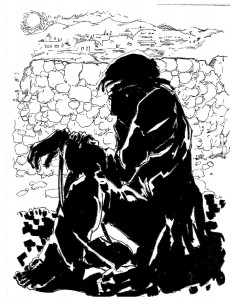 The year is 2002. Somewhere in the Middle East, in a cold dungeon, sits a man named Ahmad. There is no light. The room is so cold the man’s presence can barely be seen or felt. The room is dirty and furnished with nothing—not even hope. From afar, one can see that the man is tied up and that he carries huge weights attached to his neck, which his body does not have the strength to bear. He appears miserable as he coughs and sweats. Peace is far, far away.

He bows to his death and awaits the torture that he knows will surely come again. His days and nights—he knows not which is which—are full of a peculiar kind of questioning that he does not understand. It is as if his torturers want him to say something that he has no idea about. He is asked over and over again whether he belongs to the CIA or whether he has any connection to the Islamic Brotherhood. He weeps, screams, and reads the Quran in between the torture sessions. There is no food and no water—not even when they promise it—until he says what they want to hear. At times, the pain is too much for him to bear, and he lapses into silence.

In his dream-like stupor of pain and misery, he remembers the girl. The pain has made his head fuzzy, but he remembers her still. The torturer had brought her and dragged her in. They knew very well what effect this would have on him. They had looked at him and laughed while they ripped her clothes. “Not her!” he had screamed. Everything else was a blank after that. Ahmad had passed out: perhaps dying would have been more pleasant.

Brought to you by 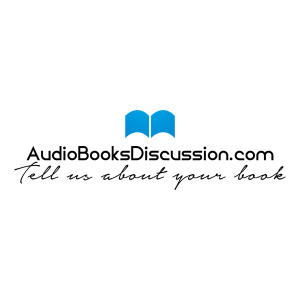