What is the K1 Visa

The K1 visa is a visa available to the fiancé(e) of a United States citizen who seeks to enter the United States so the affianced couple may get married. Upon completion of the marriage, the non-citizen spouse may adjust their immigration status to become a lawful permanent resident and obtain a green card and authorization to work in the U.S. 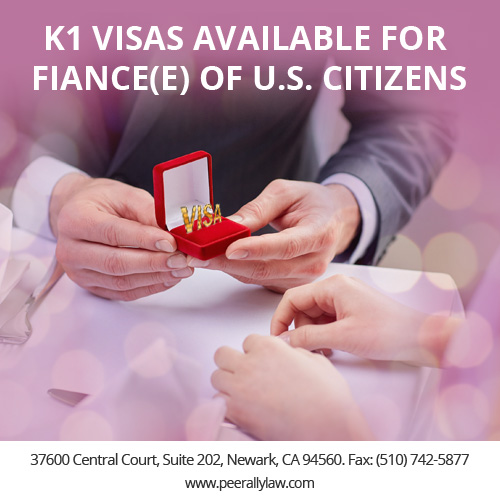 To be eligible for the K1 visa, the intending immigrant must be engaged to marry a U.S. citizen, and enter the United States only for the purpose of marrying their fiancé. Once in the U.S., the couple must marry within 90 days of entry. This requires the petitioner to demonstrate that they have a bona fide – that is, true and actual – intent to get married, and that the marriage would be legal. For instance, to obtain the K1 visa, each person must be of legal age to marry and not be married already. Further, the couple must have in person within two years of filing the petition, unless meeting in person would cause extreme hardship or doing so would violate the strict and long established customs of the fiancé’s culture (in such a case,a waiver must be granted to excuse the in-person meeting requirement). The intending immigrant must also provide a copy of their police record.

To apply for the K1 visa, the U.S. citizen must file form I-129F with USCIS (United States Citizenship and Immigration Services). Once the petition is approved, the couple must marry within 90 days of entry into the U.S. After the completion of the marriage, the immigrant spouse may adjust their status to lawful permanent residency. It should be noted, however, that a K1 visa holder cannot adjust their status on any basis other than marriage to the K1 petitioner.

Although the process for obtaining a K1 visa is less difficult that many visas, there are many issues that may arise during the processing. Examples include the death of the petitioner or the criminal history of the immigrant fiancé. An experienced immigration attorney can help ensure that all eligibility requirements, including the factors that may disqualify the beneficiary, are satisfied, and that all forms, including those necessary for the subsequent adjustment of status are correctly submitted. If you are interested in a fiancé visa, we encourage you to contact us!